The meeting was targeted to discuss NuHart East, the brownfield portion of the site for which there is currently an open comment period until August 23. The public is invited to comment on proposed actions to address contamination related to the Former NuHart East site #C224287 within New York’s Brownfield Cleanup Program. A summary of proposed work is available in three languages: English, Español, Polish. The full text of the Remedial Action Workplan upon which the summaries are based is available in English for comment here. All public comments can be sent to Bryan Wong, Project Manager at DEC at yukyin.wong@dec.ny.gov. Public comments may influence the work plan, and it is only after the public comment period ends and the workplan is approved that excavation work can begin.

A full recording of the meeting can be found below.

After brief introductions by our elected officials, MRC briefly presented the plan for the development (~14:50) which had been previously presented in more detail the previous meeting. MRC also presented a plan to host publicly accessible air monitoring data daily with a two-week lag.

DEC then presented on the plans for NuHart East, which is currently enrolled in the Brownfield Cleanup Program (~24:15), and it is these plans that are currently open for public comment through August 23, 2022. The contaminants of concern in this area are petroleum, semi-volatile organic compounds and metals associated with historic fill, and chlorinated volatile organic compounds (such as TCE) traced back to the Superfund portion of the site. Some level of phthalates have also been found in the groundwater on NuHart East.

The cleanup is proposed to be for unrestricted residential use, which is the highest standard. However, if it is not possible to reach this level, the plan will be to clean it up to restricted residential use which would then require additional oversight. Air monitoring will be done continuously with at least one upwind and two downwind monitors, but questions were raised about how the community is made aware of any violations and within what time period.

Please reach out to any/all of the contacts below if you have specific concerns. Video and photo documentation is always helpful: 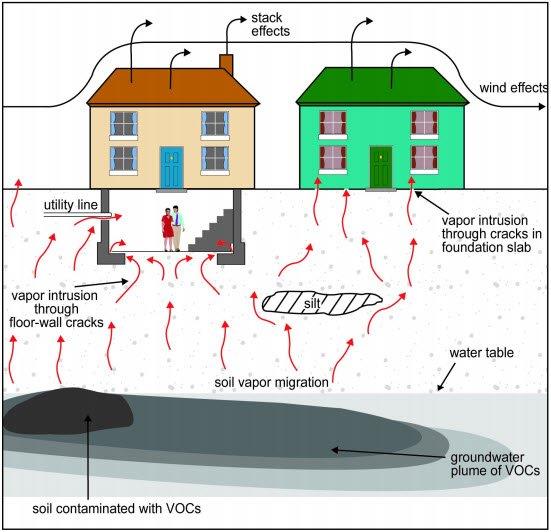 Join us for a virtual community meeting to hear an update on recent activities, understand where the site is in the the remediation process, and…